Iram is extremely happy to submit her PhD thesis titled “The Stranger Left No Card: A Critical Analysis Of Wendy Toye’s Work as a Woman Director in British Cinema and Television”. It is the first sustained analysis of the career of pioneering British woman director Wendy Toye in 1950s British cinema and television. 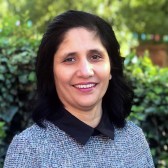 View all posts by Iram Qureshi »